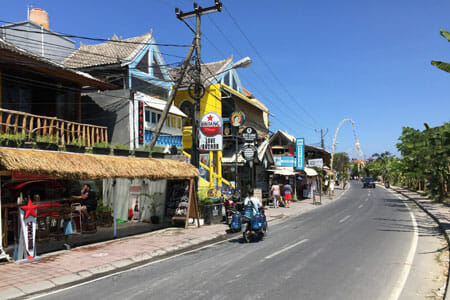 Businesses across different sectors anywhere in the world are facing one of the hardest times right now with the Covid-19 pandemic outbreak. Bali Provincial Human Resources Department is collecting datas of the affected workers across the island. So far, there are about 17 thousand workers who have been dismissed, as the result of temporary shut down for hospitality business in Bali (hotels, restaurants, travels and tourist attractions).

The Chief of Bali Hotel Association (BHA) I Made Ricky Darmika Putra explained the situation during an interview with Antara “At the moment, almost all hotels and restaurants in Bali have been temporarily closed for the next one to two months, we are still monitoring the current situation.” Some hotels are still operating, but with very low occupancy rates even below 10 percent. Meanwhile, restaurants that are still operating also revise their operational hours shorter and only provide delivery and take-away services, no dine-ins following the instructions from the government. He also advised all the business owners “We hope that all General Managers and hotel owners should avoid PHK (termination of employment) as much as possible. While praying, this situation will soon recover,”.

Some hotels and restaurants in Bali have done some additional policies in order to respond to this difficult situation by scheduling employees to take their days off, leave and “extra off” starting from mid-February 2020, postponed all product improvement plans, postponed all Purchase Requests (PR) and Purchase Orders (POs), negotiated payments to vendors for longer terms, and collected all receivables credit accounts.

Meanwhile in other islands of Indonesia, the situation is pretty much the same. The PHRI (The Biggest Association of Hotels and Restaurants in Indonesia) Secretary-General Maulana Yusran explained the country’s overall occupancy rate had fallen to 30 to 40 percent since the outbreak started in early January, far below the regular low season average of 50 to 60 percent, with some hotels dropping as low as 20 percent after Indonesia announced its first cases on March 2. Furthermore, 1,139 member hotels, 286 restaurants, tourist attractions, and entertainment businesses throughout Indonesia are temporarily closed.

Aviation industries also have seen a drastic regression in passenger numbers since early January, as reported by PT. ANGKASA PURA I (State-Owned Enterprises) there are 12,703 (11,680 were domestic flights and 1,023 were international flight) cancellations affecting 1.67 million passengers in January and February 2020.